If you’re looking for an in-depth Crystal microdermabrasion machine review, I’ve got you!

The Crystalift is by far one of the best microdermabrasion machines on the market, with a long and successful track record.

I’ve been using mine for almost 7 years now, and it still never ceases to amaze me.

Read on for my full review, starting with the basics of how it works.

Check: Microdermabrasion Before and After Black Skin

How Does a Crystal Microdermabrasion Machine Work? 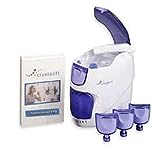 Crystal microdermabrasion is one of the most convenient, scientific, and modern tools for skin treatment to get fresh and smooth skin instantaneously without affording any downtime.

There are two major functions of the device.

First, the applicator has smooth crystals that are responsible for gently exfoliating the skin.

Second, there is a vacuum that works simultaneously that facilitates a suction in order to suck the dead cells away. More about that in a moment.

People often are of a misconception that microdermabrasion is the same as dermabrasion. Dermabrasion is an invasive technique that cosmetic surgeons or dermatologists perform normally.

It’s ideal for patients that have deep acne issues and resulting scars. The process is much more complicated, abrasive as well as painful. 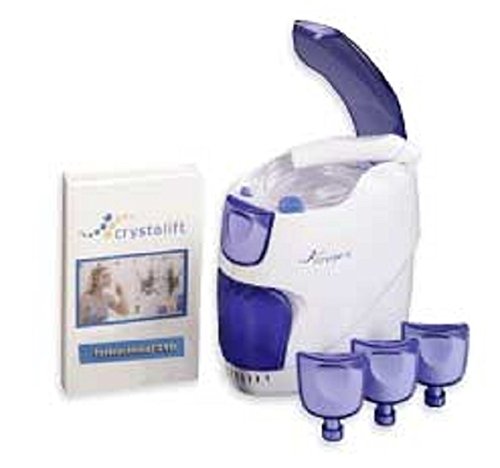 What Are the Features Of A Crystal Microdermabrasion Machine?

Crystal microdermabrasion machine is a device that carefully exfoliates the top layer of your face in order to facilitate the removal of dead skin cells.

Let’s get a little scientific, shall we? So, chemically, corundum crystals are the crystalline form of Aluminium Oxide.

In the Crystalift machine, the crystals (you can see them in the top chamber in the picture to the left) are made of aluminum oxide, magnesium oxide, sodium chloride, and sodium bicarbonate.

They work together to create a high-pressure stream action, then flow onto the skin gently and progressively to peel off the top-most layers of the skin.

It sounds a bit freaky, but compared to a lot of other microdermabrasion methods I’ve tried both before and since using my Crystalift, it’s actually pretty skin-friendly.

While we’re talking about the crystals, you only get the first month’s worth of them when you buy the machine.

Refills aren’t too pricey, though. You can get a month’s worth of them for about $50.

Considering that dermabrasion treatments cost between $100-400 EACH at a dermatologist’s office, I don’t think $50 a month is too bad.

Besides, they may last longer depending on how often you actually use the machine. 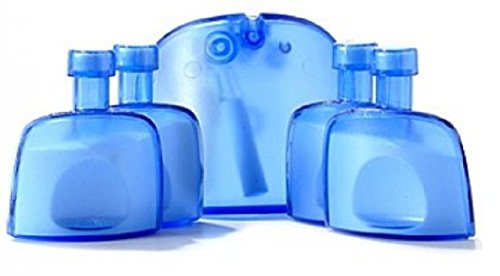 The Crystalift Microdermabrasion Machine is made up of a pump, handpiece, connecting tube, and vacuum.

Forget about the other pieces for a moment. Once you set them all up, you don’t really do much with them. The vacuum is where all of the action happens.

After you turn on your machine and select your level of suction (start with the lowest and work your way up), the vacuum starts working its magic.

And it really is like magic, because it’s not just suctioning but simultaneously depositing the crystals that help slough off all of that dead skin.

There are three major functions of the vacuum process as you glide the wand across your skin. First, as I said, it deposits the microdermabrasion crystals onto your skin.

Secondly, it simultaneously lifts the outermost layers of your skin- aka the dead gunk- and sends it flying through the pump back into the collection chamber.

All the while, it helps improve your blood flow and circulation around the targeted areas.

Who Should Use the Crystalift Machine?

While the machine is actually a lot gentler than it sounds, it’s still not ideal for everyone.

For the most part, it’s considered safe for those who want to reduce wrinkles and minimize age spots or other minor skin issues.

It’s also ideal for most skin types. I personally have very sensitive skin and I can use it on about the medium setting without any lingering redness.

Overall, this technique works particularly well if you have dull or sallow skin, or if you have acne discoloration or superficial scars.

However, don’t use it if you have eczema, psoriasis, or active acne. If you have any skin conditions- or even just any concerns at all-talk to your dermatologist before using it.

Why Should You Get the Crystal Microdermabrasion Machine?

So now that you know the basics, I bet you want to know why YOU should get this crystal microdermabrasion machine, right?

First, it’s a very efficient technique with approximately zero downtime. In other words, it works well and doesn’t leave you looking and feeling cruddy for days on end.

Since the associated risks and side effects are pretty low, there’s really no “recovery” time. Most of the time when I use it, the redness is gone within an hour.

So as long as you don’t use it 5 minutes before you leave the house, you really don’t have to worry about downtime at all.

It’s totally non-invasive. Unlike some other microdermabrasion methods, there are no needles (even microneedles) involved.

Third, compared to getting a microdermabrasion therapy done in a professional setting, the machine is actually pretty affordable.

I mean, it’s not cheap or anything, but it’s also not nearly as pricey as paying for dermatology or spa treatments.

Check out the video below for more details:

There’s no single right answer to this. For me, it’s VERY good. While I do get a bit red after using it, it fades away within a few hours. Sometimes faster.

Once the redness faded, though, my skin was noticeably brighter, smoother and softer after just one use.

After several weeks, my nasty dry patches had completely vanished and my skin tone was a lot more even.

Oh, and it also helps stimulate the production of collagen, which contributes significantly to the freshness of your skin.

I’ve bought, tried, and discarded countless “skin rejuvenating” devices and machines over the years. You name it, I’ve probably tried it.

The Crystalift is one of the very few that I actually continue to use, even after 7 years. The only drawback, in my opinion, is that you do have to buy their proprietary refills.

As I said, though, it’s a fair trade-off for all of the money you’ll save versus going to a spa.

Back when the machine first launched, it was featured on the TV show, The Doctors. Check it out: 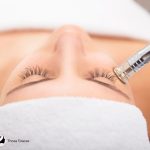 What are the common side-effects of microdermabrasion? 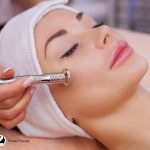 Mild redness and skin tightening are the most common side effects. However, it takes only a few minutes to an hour for the said issues to get resolved. In order to facilitate normalcy, frequent use of moisturizers is recommended.

How are DIY microdermabrasion kits different from the regular ones?

DIY microdermabrasion kits are not as effective as the regular ones. Also, if you are a first-timer, it is important to consult a dermatologist to understand the thickness and degree of removal that your skin can tolerate.

While the Crystalift is pretty awesome and works amazingly for me, you should consult a skin expert to understand your skin and make sure that it’s safe for YOU.

Once you get the okay, though, I highly recommend giving it a try! It comes with a 30-day money-back guarantee, so you have nothing to lose.

Have you tried this machine before? What would you add to my Crystalift review? Share below! 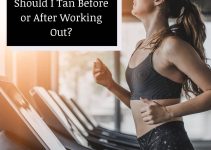 Lily is the Editor-in-Chief and one of the writers here on Those Graces. Growing up with sensitive and fair skin, she's always been passionate about finding the gentlest yet most effective products. When she can't find what she needs on the market, she makes her own! READ HER LATEST ARTICLES FOLLOW HER on FACEBOOK. Learn more about her HERE.