We’ve got you covered!

These 8 below prove that you can get a gorgeous bronze color without damaging your skin!

Why are celebrities choosing sunless tanning?

So, you already know that prolonged, unprotected exposure to the sun’s ultraviolet (UV) rays can cause skin damage and may even lead to cancer, right?

But, did you know that utilizing tanning beds is just as harmful?

According to HealthGrades.com, in the short period of time that is designed for a tanning bed to provide you with a glowing tan, you can actually receive about 15X more UV radiation exposure, compared to the time you would be exposed if you were out in the sun.

Because of this, more and more people, especially celebrities are choosing to forgo their time in harmful tanning beds and opting for the healthier option of sunless tanning products instead.

These self tanners celebrities use products are available as bronzers, creams, lotions, mists, and spray, for at-home tanning. Or you can always go to a salon and get help from a spray-tan artist.

FYI, this post contains affiliate links. If you make a purchase through these links, we earn a small commission at no extra charge to you.

Ashley Graham is a beauty icon, entrepreneur, plus-size model, and television presenter. In 2016, she became the first plus-size model to appear on the cover of the Sports Illustrated Swimsuit Issue.

She is a huge fan of the brand as well. In an interview with Gazelle Magazine, she said “I love that the products make it easy and quick to have a natural-looking glow, year-round. I feel like I can take on the world with a tan.”

Jennifer Aniston is an actress and a philanthropist, who is best known for her main role as Rachel Green in the television sitcom- Friends.

On the big screen, she is famous for several roles, including as Jennifer Grogan in the 2008 comedy-drama movie- Marley & Me, as Kassie Larson in the 2010 romantic comedy movie- The Switch.

While she enjoys some time in the sun, she is also a fan of spray tan equipment and body bronzers.

In a 2019 interview with Vogue.com, she stated “I still sit in the sun…you need that vitamin D for a glow and your mood.

But I know I can’t do it all year round, and I have become a fan of body bronzers and spray tans.” What’s her favorite bronzer? The Edward Bess Ultra Luminous Bronzer.

Jessica Alba is an actress and businesswoman.

She is well known for her roles as Max Guevara in the drama, mystery, sci-fi television series- Dark Angel (which aired for 2 seasons, from 2000-2002).

She also played Susan Storm/Invisible Woman in the 2005 superhero movie- Fantastic Four, as well as its 2007 sequel- Fantastic Four: Rise of the Silver Surfer.

Does it seem like Jessica always has a bronze, radiant gleam? Her secret? According to InStyle.com, she uses a self-tanner to achieve her look.

So, what’s her product of choice? It seems that her favorite self-tanner is the Infinity Sun Glow on the Go.

Kate Moss is a businesswoman, fashion icon, and model. She owns and operates the Kate Moss Agency, a London-based talent agency.

Kate made getting a sun-drenched tan more fashionable when she became the first face and body of the self-tan brand, St. Tropez, in 2013.

By that time, she had already been a fan and a frequent user of St. Tropez for more than 10 years.

Kim Kardashian is a businesswoman, media personality, model, and socialite.

She is the daughter of the late Robert Kardashian and Kris Jenner, as well as the sister of Kourtney, Khloe, and Rob Kardashian.

Kim is best known for starring in the reality television series- Keeping Up With the Kardashians, along with her family members.

She calls herself “tanorexic,” which is defined as “a person who is obsessed with having and maintaining a very dark tan,” according to the Merriam-Webster Dictionary.

Due to her Armenian roots, Kim is blessed with an olive skin tone. However, she often enjoys enhancing her complexion with self-tanners. Her go-to product?

In fact, she told Style Caster that she’s tried and tested at least 20 self-tanners over the years. The product she seems to like the most? The Dior Bronze Self-Tanning Jelly.

Rosie Huntington-Whiteley is an actress and a model.

She is well known for her roles as Carly Spencer in the 2011 sci-fi, action movie- Transformers: Dark of the Moon and as The Splendid Angharad in the 2015 post-apocalyptic, action movie- Mad Max: Fury Road.

Since 2010, she’s been in a relationship with action star Jason Statham.

Her favorite self-tanning product is the Sleep Mask Tan by James Read, a leading celebrity tanning expert. That’s right, a self-tanner that works while you sleep.

In a 2014 interview with Teen Vogue, Rosie stated “James Read Sleep Mask Tan is the best facial tanning product I’ve ever used. I can’t stop using it. It gives me extra body confidence for my shoots and on the catwalk.”

Sofia is well known for her role as Gloria Pritchett (all 11 seasons) in the mockumentary family sitcom- Modern Family.

She is also known for her role as Daniella Riva in the 2015 action, crime, comedy movie- Hot Pursuit.

So, how does Sofia get her gorgeous golden glow?

What is her favorite self-tanner? The Vita Liberata Phenomenal 2-3 Week Tan Mousse.

Who are your favorite celebrities who enjoy sunless tanning? share with us below! 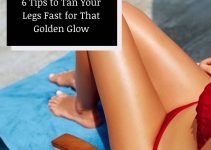 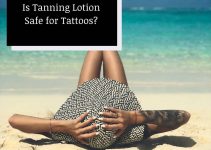 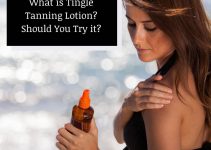 Deanna loves writing about celebrities and their life.