Yes, Gwen Stefani is launching her own makeup line!

Considering the musician worked as a makeup artist, we are not shocked that she is finally venturing into the makeup industry.

This brand was inspired by her longtime passion for cosmetics, which began as a teenage beauty artist at several department shops in California. For many years Gweb Stefani did her own makeup.

“I did my own makeup for years because I literally hated anyone doing my makeup,” she told Cosmopolitan UK. “I would always be like, you make me look worse than I look.

GXVE pronounced “‘Give” stands for G-her name and X – for kiss, will be available online on March 3 and expand to Sephora on March 10.

However, no specifics on whether or not the brand would have a charitable component have been released.

Of course, since the VOICE judge has been a vegan since she was 12, the products are vegan, cruelty-free, utilize refillable packaging, and meet the Clean by Sephora standards.

The collection will debut with eight items priced between $28 and $48, including an eye shadow palette, pencil eyeliner, primer, and, of course, lipstick inspired by Stefani’s famous crimson pout, available in matte, satin, and liquid formulas.

@trendmood I’m here for This!??? #GXVE by #gwenstefani !! She is probably wearing her products in this video ? #makeup #SephoraLipLooks #beauty #MakeItGucci ♬ original sound – TrendMood

Talking to WWD, Gwen said that her makeup line d was a long time in the making and that it was one of the reasons she kept her distinctive lip look a secret for so long.

“People have asked me my entire life, ‘What color lipstick are you wearing?’ That was the number one question I’ve had in my entire career … and I would never tell people what color I was wearing, ever. I don’t know why, but I guess it was probably meant to be that I was going to do this one day,” she shared.

“There’s nobody else who could come close to being more authentic about makeup than I am when it comes to doing a line because it’s what I’ve been doing my entire life.”

GXVE is co-founded by Nikki Eslami, the founder and CEO of New Theory Ventures, which describes itself as “a transformative and socially conscious venture capital firm created by beauty, personal care, and technology industry entrepreneurs who believe that ‘doing well and doing good are not mutually exclusive.”

Gwen has previously worked as a beauty ambassador for big brands such as L’Oréal, Revlon, and Urban Decay, so it’s no surprise that she’s now joining the beauty market and launching her own cosmetics line.

While there is no scarcity of celebrity beauty businesses these days, Stefani offers a great sense of elegance to the market.

She’s consistently provided striking makeup looks —, it’s all her own making — from her No Doubt days to today. 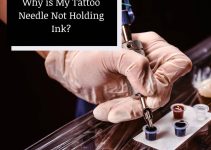 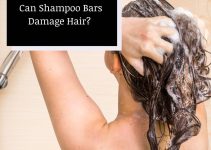 Edith is a self-made entrepreneur with a keen business sense that others admire and a total “can-do” attitude. She’s always coming up with new ideas to anticipate her readers’ needs and help solve all their toughest beauty and skincare problems. READ HER LATEST ARTICLES. FOLLOW HER on Linkedin and Twitter. Learn more about her HERE.